Here are some samples of Subtracting Polynomials calculations.

Here, you will find the subtracting polynomials calculator which helps you all to calculate the differential expression between two polynomial expressions and displays the result in a blink of an eye. Also, by using our calculator you can learn how to find it with step by step explanation.

What is Meant by Subtracting Polynomials?

A polynomial is described as a mathematical expression that has at least two or more algebraic terms. The meaning of polynomial is "poly" means many, "nomial" means terms. The elements of a polynomial are constants, variables and exponents.

Subtraction of Polynomials is similar to the addition of polynomials. Here, we have to deal with the "-" arithmetic operand. The two different methods to subtract polynomials by horizontally or bu vertically. If you are choosing a vertical method it is mandatory to change the sign of the second polynomial to the opposite sign.

Steps to Calculate Subtraction of Polynomials

Have a look at the easy steps to find subtraction of polynomials. Follow these rules to obtain the answer quickly. 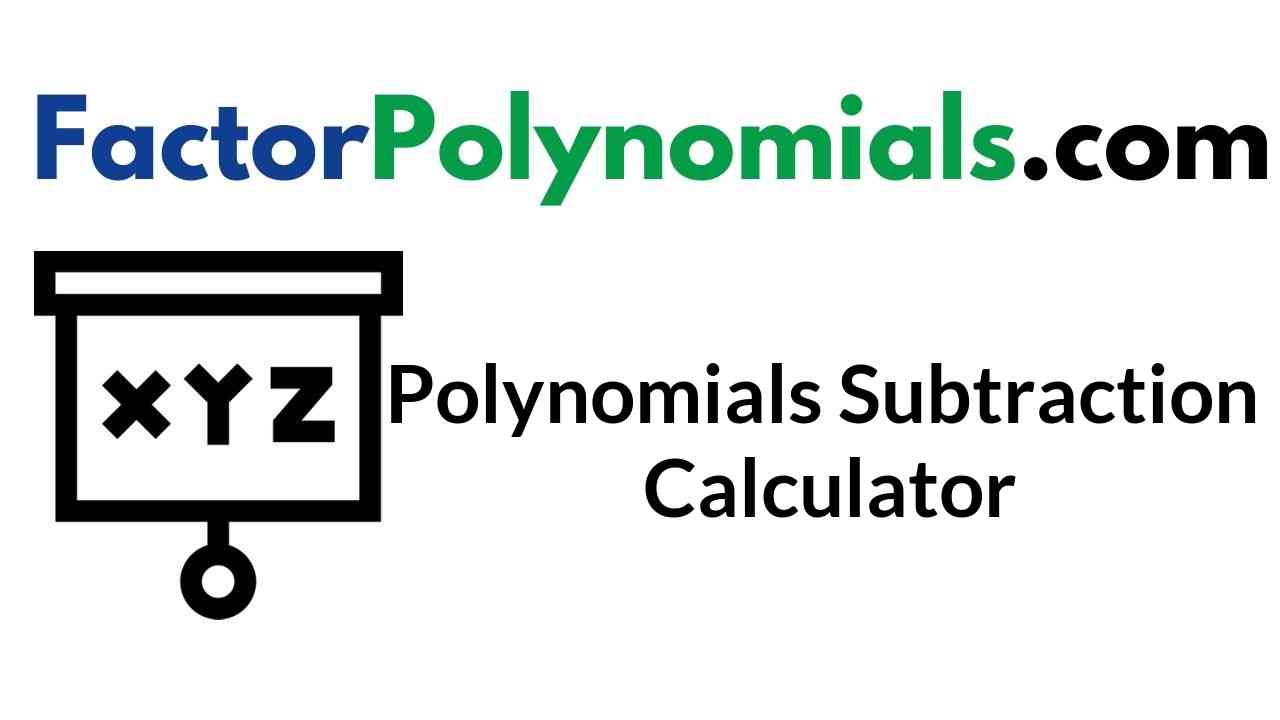 1. How to subtract polynomials?

The simple steps to find the subtraction of two polynomials is given here. First of all, remove the braces and group the similar terms together. Now, subtract the coefficients of similar terms to get the answer

2. How are adding and subtracting polynomials different?

4. How do you subtract polynomials using a calculator?

For subtracting two polynomials using a calculator, you need to enter the expression as input field and press the calculate button to avail the exact result within no time.